Skip to Content
Don't forget your travel insurance! Find the best cover for you
Home On my travels Backpacking before the internet
by 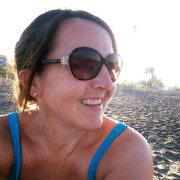 Alison
This post may contain affiliate links which means if you click a link and purchase something that I have recommended I may receive a commission. While clicking these links won’t cost you any money, it will help to keep this site going. Thank you for your support.

Writing about backpacking before the internet carries the risk of making me sound like an old fogey (although I am now over 50 so I do feel slightly entitled to a certain level of grumpiness!). However, I can’t help feeling that these days we’ve all got it easy when it comes to seeing the world.

My first backpacking experience was in the summer of 1988 when a friend and I went inter-railing during the university summer break. Armed with a copy of ‘Europe by Train’ (which took up far too much room in my backpack) and the Thomas Cook European Railway timetable (which took up even more) Wendy and I were like a female version of Michael Portillo with his trusty Bradshaw’s guides.

Now of course, we’d use Pinterest to save useful blogs about our destinations and have all the information on train times at our fingertips thanks to our phones.

If you’re looking for a humorous read about inter-railing back in the day, check out Don’t Lean Out of the Window, and its sequel, Don’t Mention the War. They’re not particularly politically correct but I’ve read them both several times over the years and, have to say, I definitely recognise some of the characters in the books.

My next extended overseas trip was a summer spent working as an au pair in Italy in 1992. To find a job I placed an ad in ‘The Lady’ magazine advertising my services, waited for the offers to roll in, chose the one I liked the sound of the most, and then jumped on a plane, essentially putting my trust in the kindness of strangers. It worked out fine and I spent the summer with a lovely family in Genoa who took me to their chalet in Megeve in the French Alps for a month too.

These days, thanks to online job boards, it seems such an antiquated way to go about it and, to be honest, I still can’t quite believe I just turned up to live with a family of strangers for four months.

Back home and, after a few years in a ‘proper’ job, I had itchy feet again, so I started saving for a big trip down under. When I applied for my Australian Working Holiday Visa it was open to those under the age of 26 and only valid for a year. However, it was a bargain at just £71.00.

Preparing for take off

When I was planning my trip (I set off at the beginning of 1995) there was no internet so, how did I know what to do and where to go? Obviously, there were the trusty Lonely Planet and Rough Guides books which were like bibles to everyone I met on my travels.

I planned out a rough itinerary (I started in Perth in Western Australia (via Hong Kong) and took Greyhound buses everywhere before flying from Melbourne to Auckland exactly a year later) and guesstimated how long I intended to stay in each place. And that was it. Other than that, nothing. There was no TripAdvisor to tell me which hostels were good and which should definitely be avoided, so where I stayed was largely a matter of luck (or a recommendation from fellow travellers who’d already covered that part of my journey).

Nothing was pre-booked so, certainly in the cities, we would get off the Greyhound at our destination to be met by a crowd of reps from all the hostels trying to tempt us to stay with them. Outside of the cities we stayed under canvas so would generally lug our backpacks to the Tourist Information office for directions to the nearest campsite.

Route planned I then had to buy my tickets. I remember spending an entire Saturday morning in the travel agents while she worked out the best options including stopovers, airlines and price. Of course, they were paper tickets too – the ones with carbon paper copies of the flight details for checking in at the airport.

As for inflight entertainment, there was one movie showing on one large screen which seems unthinkable now when there are movies, TV shows and music on demand while you’re in the air. On the plus side, there was no baggage allowance so I could overstuff my backpack as much as I wanted (bearing in mind I still had to be able to hoist it on to my back and carry it) and I just strolled through airport security with my new Swiss Army knife in my pocket, no questions asked.

Once I had my tickets it was time to think about packing. To be honest, it’s amazing that I had much room for any clothes given that my backpack was full of books, tapes and spare batteries (nothing was plugged in to be charged in those days!). Good job about that unlimited baggage allowance!

I was lucky that my Walkman had a radio as well as a tape function but, still, I had to be selective with what cassettes I was going to bring. To this day, whenever I hear the Cranberries I’m instantly transported back to many a long Greyhound bus trip.

Of course, there was no such thing as a Kindle then either so enough books needed to be packed for a long flight (not much in the way of inflight entertainment remember!). I also packed my Gameboy and a few of my favourite games which again, took up more room in my backpack – tech definitely wasn’t streamlined the way it is now.

Now when I travel I take my phone, Kindle and iPad and have all my needs covered – music, games, books, magazines. You name it, it’s there to be downloaded.

To finance my travels I withdrew everything I had in my building society account and bought a bunch of traveller’s cheques. At least for this trip there was just one currency to consider. When I went inter-railing it was in the pre-Euro days so, over the course of four weeks travelling from the Netherlands through Germany, Switzerland, Italy, France, Spain, and Portugal, I had to cash my traveller’s cheques into a different currency each time I arrived in a new country.

Now I have a Revolut card which is perfect for my needs, particularly as I live in Spain but work in Gibraltar so need to be able to access my money in two currencies.

Pics or it didn’t happen

Taking photos on my travels meant buying film and then being restricted to either 24 or 36 images.

Buying and processing film was generally expensive so I was very conscious of what photos I took – I couldn’t be as trigger happy as I am these days and take multiple shots of the same thing to be sure of getting the perfect image. In fact, I wouldn’t know until much later if the shot had even worked. On my month-long inter-rail trip I think I only used two rolls of film which seems ridiculous now as I can easily take that many photos in a single day when I’m somewhere new.

The big dilemma once the film was finished was whether to print or not to print. Getting the film developed straightway meant having to take up valuable space in my backpack with packets of photos. The alternative meant taking up slightly less space with rolls of film that still needed to be developed at some point. I did a mixture of both and was always paranoid at airports that the x-ray machines were going to completely ruin my precious films.

As for video, forget it. Video cameras were huge and certainly not cheap. No Go Pros back then either!

My photos from when I got my first camera in 1978 to when I went digital in 2002 are all in a huge plastic crate in my mum’s attic – if only I’d had them here in Spain with me it would have been a great lockdown project to get them all scanned. Having said that, each one would no doubt take me on a trip down memory lane so I probably wouldn’t have made great inroads into them.

When I started my trip I kept a diary religiously. However, once I got settled into a routine (it was a working holiday after all) I soon became quite lackadaisical about recording the minutiae of my life and eventually settled on random notes written on the back of postcards or scribbled in the margins of my guide books. That’s not to say that I abandoned my writing totally – some experiences definitely warranted a full write up and I did return home with several notebooks filled with my jottings.

Of course, nowadays I’d be blogging about my experiences not to mention filling my Instagram feed with envy inducing photos from the other side of the world.

Keeping in touch with family and friends back home meant either a phone call or letter.

Phone calls were generally made from public phone boxes on street corners and, nine times out of ten, were reverse charge calls. Letters meant planning where I was likely to be six to eight weeks in advance and using the Poste Restante service – a case of “I reckon I’ll be in Darwin by July so write to me there”. I still remember the excitement, not just of reaching a new destination but knowing that, after finding the main Post Office, there’d (hopefully) be a pile of mail for me.

Spending a lot of time in hostels or campsites with limited access to a TV meant that keeping up to date with current affairs in the days before 24 hour rolling news coverage was a case of buying the International Express every Tuesday to devour newsworthy snippets from home (like who would claim the coveted number one spot in August 1995 – Blur or Oasis?).

As for keeping in touch with people I met on the road it didn’t really happen to the same extent that it does now where social media keeps everyone connected. I would occasionally meet someone months down the line purely by accident (a lot of backpackers were following a well-worn path particularly up the east coast of Australia). One memorable incident was bumping into a couple I’d originally met in a hostel in Sydney, on New Zealand’s Stewart Island almost two years later where we had a good catch up and sank a few pints before going our separate ways again.

When I think about how I travel now (Googling the best value flights, checking TripAdvisor, looking on Instagram for inspiration, tweeting for recommendations, not to mention updating Facebook from on the road) to how I travelled before the internet it seemed like much more of an adventure back then but maybe I’m just looking at it through rose-tinted glasses.

Do you remember backpacking before the internet and have anything to add? I’d love to hear your thoughts if you want to leave a comment below.

This site uses Akismet to reduce spam. Learn how your comment data is processed.

Book your hotel in Andalucia

Looking for new books to read on your travels?